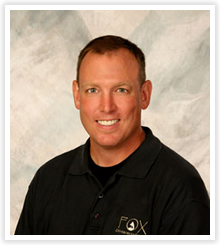 Born in Chicago, Dr. Dave is the youngest of 5 boys. Growing up in a suburb neighborhood of Chicago, both parents instilled hard work ethic and honesty in their children. Three of his older brothers are doctors, one chiropractor, one double doctor (chiropractor/medical doctor) and one PhD. His oldest brother is a 150 Operator Engineer (now retired). Dr. Dave has nearly 26 years of experience in practice. He practiced as an associate for two different doctors before joining brother Francis for a couple of years in LaGrange Park. Then over 20 years ago, he met Dr. Jody Fox and took purchased Fox Chiropractic Center from her. Dr. Dave’s life changed dramatically at that point. His wife Debbie was pregnant with the first of four children, and practice was challenging and so was raising babies!  Twenty years later, his oldest daughter is 20, he has a 18 year old son, 17 year old daughter and a 14 year old son. This all creates a busy homefront and thankfully, Dr. Dave’s wife is able to keep everything under control. During all of the years of practice, business, and babies, and now active teenagers. Dr. Dave managed to become a Certified Chiropractic Sports Physician, certified in acupuncture and Active Release Technique, with dozens of courses taken in nutrition, rehabilitation and research review. Once a physician you can never stop learning… but it gets to be more fun when you go to work and use the information you learned the very next day! It makes Dr. Dave happy when he is serving people. This can often require him to send them to a different doctor or specialist. He believes as a chiropractor, that he is a complementary part of health care that can be trusted and beneficial for most of those who have health concerns. Why not ask the doctor who can’t offer drugs or surgery… he may have a different kind of solution (and think outside the box)!